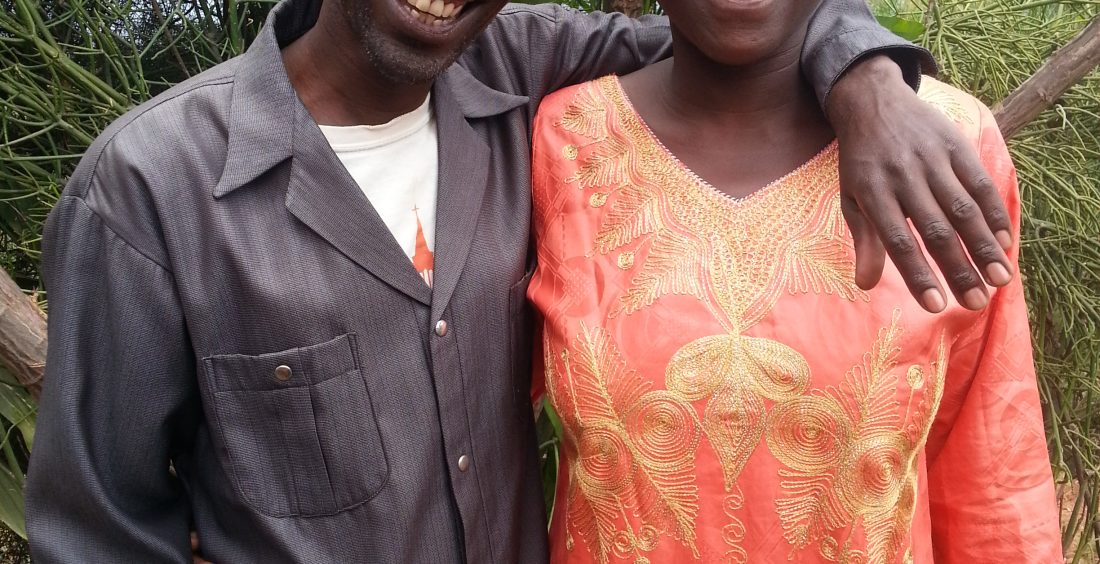 Pastor Damour’s testimony is one of amazing grace and a life surrendered to God’s work in the far regions of Rwanda.

“I was born into and raised in a family of non-Christians. As I grew I was a terrible sinner. I was a drunkard for 17 years,” Damour shares of his history. Later, Damour began reading the Bible. “I read that the righteous would go to heaven forever, but sinners would be in Hell. I was very afraid of Hell,” he says. “I continued reading, and read Mathew chapter 7 on prayer. I decided I would begin praying. I began praying, and I prayed that God would grant me salvation, that God would keep me from dying without salvation.” Damour continued studying the Bible, and realized that Heaven could be his. “I believed, I repented of my sins, leaving them all behind me, and asked God for forgiveness of my sins. I then believed I should become an evangelist.”

After receiving Christ as his Savior, Damour began attending church, he was baptized, and began sharing about his salvation with others. “This was a very difficult time,” Damour shares. Due to his past, many did not believe he could have truly been saved. Many assumed within weeks or months, he would return to alcoholism, but as time continued, and he stayed faithful to his relationship in Christ, they began to realize real change had taken place in his life.

“As I continued to grow in my faith and pray about what God would have me do, I felt God leading me to begin a church,” he says. Damour began his first church in the same village where he was born, raised, and married to his wife Gloria. Many laughed at his efforts believing it would never be possible for him to build a church congregation let alone a building. As the years passed, a small group meeting in Damour’s home grew to a number large enough to meet on a plot of land he owned. They then built a small building, but soon outgrew this building.

In 2014 Love Alive met Pastor Damour, his family, and their growing congregation. Upon seeing this humble servant of God so dedicated in his faithful walk to witness in his community and disciple others for Christ, we chose to partner with this church. In the years since, we have seen God build a large physical church building to house the current membership. As this facility was being built, the previous shelter collapsed. The church membership has continued to grow with new believers, and Pastor Damour and his wife have continued in their mission to carry forth the gospel. They began two more churches in 2016 and 2017.

If you were to visit Pastor Damour’s church, during the time of offering, you would notice that very few coins are given, but the church parishioners bring in their offerings of a sack of beans, a few avocados, a small bundle of maize. They are bringing the first fruits of their harvest to God. One of the ways the church has worked to raise funding on their own is by the entire church coming together to farm a field and give the proceeds to the church.

What a privilege it is to come along side a humble pastor who, saved by God’s grace, continues faithfully to share the message of salvation throughout his region. Pastor Damour’s family subsists off of their own farming. One of the needs of his family is the provision of yearly school fees for his children, especially his oldest daughter Sarah who is already a great asset in their ministry in evangelism, music, and teaching the children in Sunday School. While the church facility is now near completion, additional funding would assist the church in obtaining proper seating, making a kitchen area and a children’s teaching area, and assisting the poorest in the church with physical necessities.

Please pray for Pastor Damour, his wife, Gloria, their children Sarah, Abraham, Rebecca, and Elizabeth, and their church congregation. As you pray consider whether the Holy Spirit may lead you to assist this church through stewardship, which would provide them rich encouragement in the ministry God has led them to continue the past 10 years.