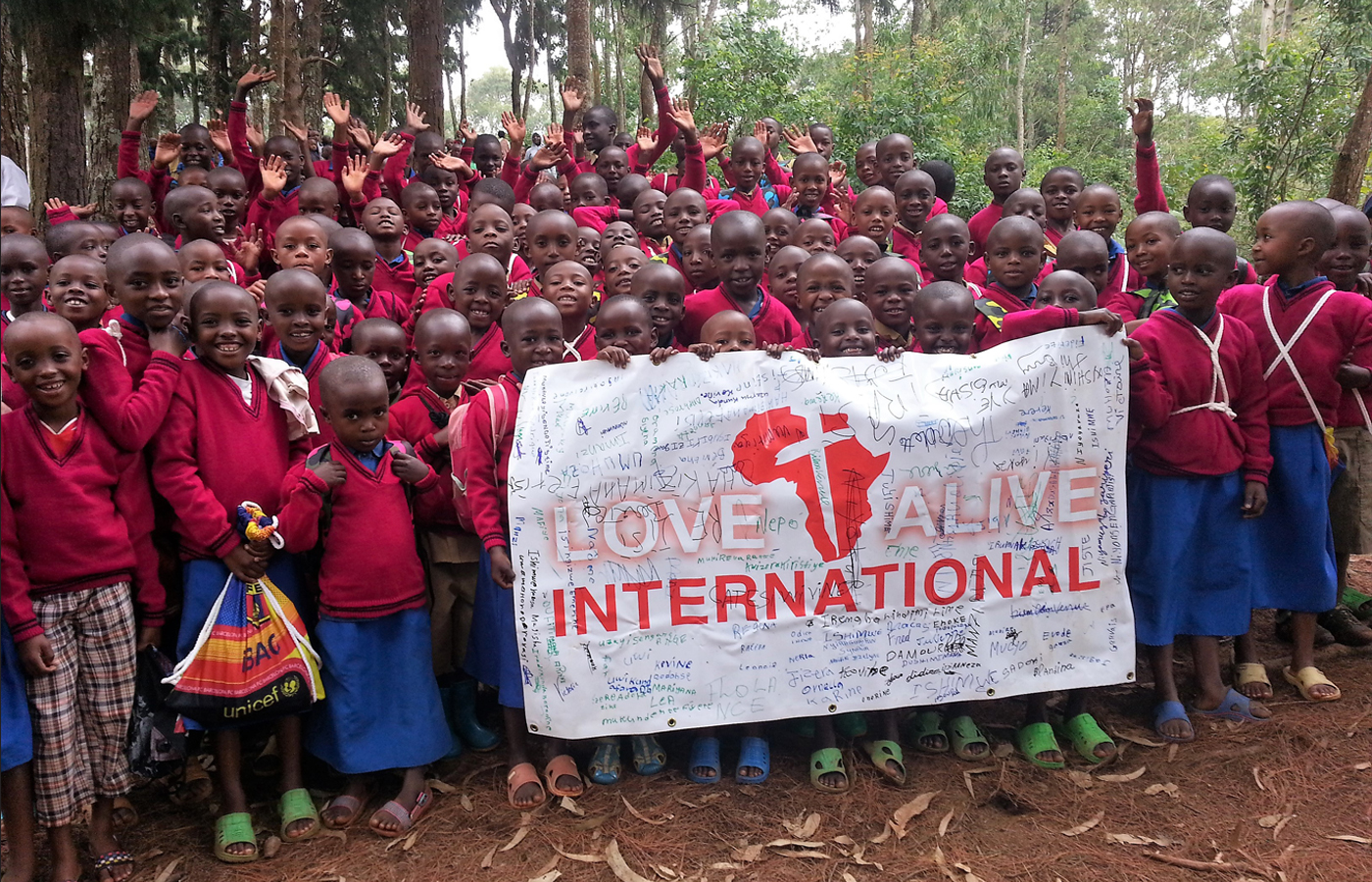 Love Alive through the Years.

After registering Love Alive as a non-profit in the USA in 2012, Laura Yockey began Love Alive operations in Rwanda when she moved there in January of 2013. Love Alive was not only a new start-up, getting its footing in a new country and looking to officially establish itself, but it was also practically penniless! When Laura moved to Rwanda. Love Alive had a total of $2,000.  This was not much money considering what lay ahead for this ministry over the next decade. “I couldn’t have known what God had in store,” she says in retrospect. “I probably didn’t realize how much my faith outweighed my funding, or just how small my scope and vision for the future were.”

Laura was beginning small. She knew she wanted to minister with children and assist churches, and she wanted to help alleviate poverty. In short, she wanted to be the hands and feet of Jesus to her new community. “I had many ideas and a willing heart to follow whatever doors God opened.”

God did open those doors. In the early months, Laura volunteered in a local school, provided food, and visited with street children. She played with her neighbor’s children and opened her home for movie nights and nail painting parties. As she saw a small need, she tried to provide for it, whether it was food for a family or a pair of shoes for a child. When Evode and Remy told her they were not in school and wanted to attend, the sponsorship program began. Within a day, 40 other neighborhood children and their parents joined in. Today the sponsorship program supports more than 500 children.

A door had opened.

When Laura moved to the Western rainforest area of the country bordering Burundi and the Democratic Republic of the Congo, she was able to connect with many pastors, their churches, and schools. Thus began the evangelism opportunities of sharing the Jesus film hundreds of times in schools, churches, and community fields. Training several hundred churches in Sunday School programs, and providing thousands of Bibles to churches soon followed. Today, Love Alive has helped to facilitate the reopening of a dozen churches, provided the physical building needs of others, and has been blessed to build one church from the foundation up. Love Alive continues to work with churches across the country in teaching and children’s ministries. Laura says the deep villages are her favorite. She has been to many villages and churches where people said they had never seen a muzungu (white person) before. More importantly, hundreds of Bibles have been given to Rwandans who had never previously owned a Bible.
Soon a pastor’s request to help a group of widows and aids victims in his church resulted in the first vocational training of 10 ladies. Since then, more than 300 women have received a one–year course in tailoring absolutely free. Additionally, upon their successful completion of the course, they were each equipped with a sewing machine and materials to begin working.

Vocational training in sewing grew to support additional girls and women studying hairdressing, and salon skills.
When Covid struck, Love Alive provided food for hundreds of families during the first 6 months. Looking for a more sustainable option, Love Alive began renting 20 acres of land, provided seeds, farming tools, and fertilizer and began with representatives from 50 families farming for the crops they would take home at harvest. This community farming project has grown to 70 families and plentiful harvests.
Additionally, Love Alive’s sponsorship program grew to an afterschool program, an early learning center for 3-5 year-olds, providing insurance for all sponsored students, so that their health will never compromise their education.
Currently Love Alive is in the process of building a 16-room school, Aspire Academy.