Ordinary Walk on an Ordinary Day 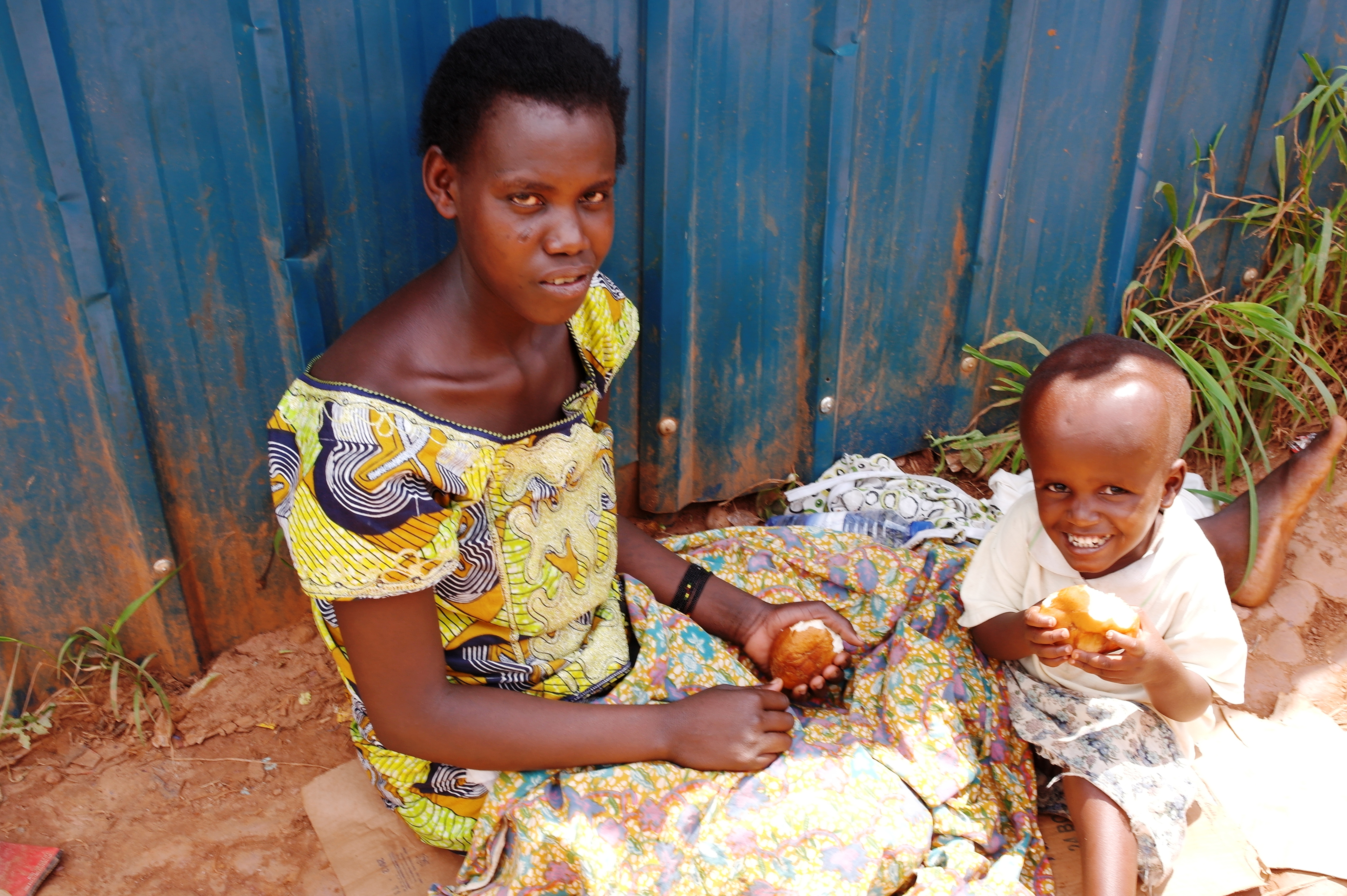 As I walked to town, I passed the Catholic church, where so very many persons line the sidewalks hoping for a few coins thrown their way. It is often overwhelming to have so many congregated together as I can’t help them all; but if I can single one out, I try to help. I had no money on me at the time, and had to pass on by, feeling rather helpless as I had to reject their pitiful pleas.
Only a few blocks further down the road (after a quick stop at the bank), three little street kids came running up. They asked for money for milk for a baby back home.. On principal, I refuse to give them money, but I stopped in a little market and bought each a pack of cookies and a carton of milk. Those children were so excited. They scarfed down the cookies, but were insistent they were not drinking the milk but saving it for the baby back at home.
Later, returning from town to exchange I passed several of the same beggars by the church, and stopped to say hello to each, and listen to their demonstrations of what they needed (food, medical care, housing, money, care for sick children). Having stopped at a market to buy food to share, I was able to visit a crippled man and give him bread, and to hug a woman holding a baby with a large knot on his head and give her milk, bread, and soap. I then stopped by the last lady I had seen with a baby and asked her to sit down with me. I had seen her on my way, and just wanted to sit with her, just to show I really cared. I’m not sure why I was drawn to her in particular, I just was. I try to be cautious of not just tossing food to them, but spending time with them, even when we have no words. I want them to know no matter where life has brought them or who they are; Jesus has made them worthy of God’s love. So, we sat down and I gave her the milk and a loaf of bread and soap. She immediately opened the milk for her baby saying, “He loves milk.” She shared with me that she and her baby have no place to call home, but live in the streets. Rainy season is upon us, meaning we have rain every single day. What does a woman do with a baby in the middle of a dark and rain (and muddy) night? She then showed me his ear and his back side both of which have nasty sores. We arranged to meet again the following day so that I could take her and the baby to a clinic.
Just as I was leaving, the three kids from earlier saw me. All three came running up hugging me, smiling and laughing. They showed me the milk I had given them tucked up under their shirts! By this time a friend had joined them. As the new friend was asking for food {basically telling me, “Hey these guys got milk and cookies and I got nothing!”} we headed to the closest store. I purchased some bananas, milk (for the new girl), bread and soap and distributed it between them. The children’s excitement over such basic items was priceless. We hugged and then I started for home having made some new friends.
It’s the little things such as these simple gestures, just sitting and caring or offering a simple gift to show Christ’s love, that make me most fulfilled.
I share this not to talk about my good deeds, but because you are so much a part of this. When you pray for me, the Holy Spirit goes with me, I have His peace and guidance, His comfort and protection. He also enables me to see the needs around me, to draw me to the persons who need me most, and to give me the words and language necessary to communicate. When you give, you afford me the opportunity to continue offering food and medicine to those most in need. When you allow the love of God to “dwell in you richly,” you bless the lives of those you may one day meet in Heaven. Thank you.
*As this blog was written previously, I can tell you that the three children are now in school (and still get plenty of bread and milk) and the baby received medical care. I see the children regularly, but have never seen the baby since obtaining medical treatment for him.